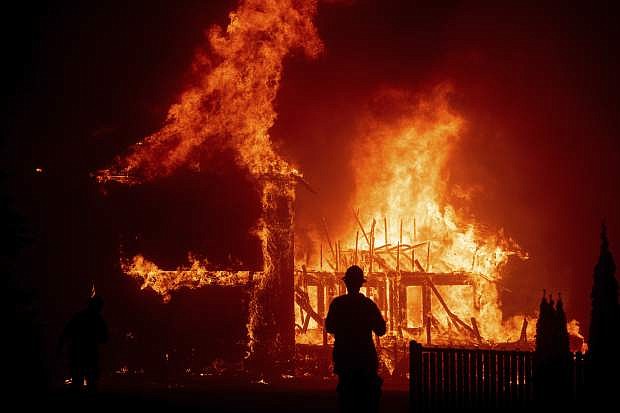 A home burns as the Camp Fire rages through Paradise, Calif., on Nov. 8.