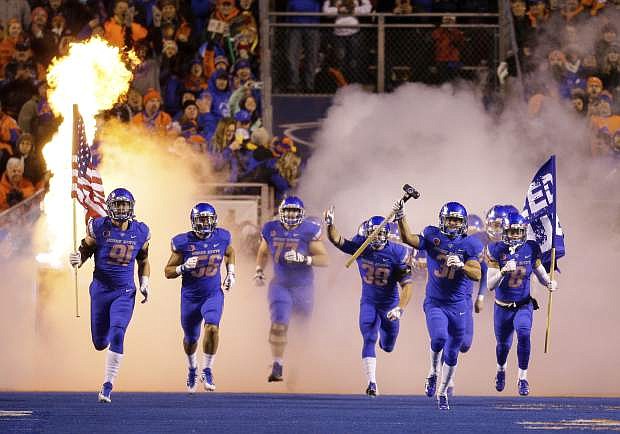 Boise State runs on to the field beforeits game with Utah State on Saturday in Boise, Idaho. Boise State won 33-24.