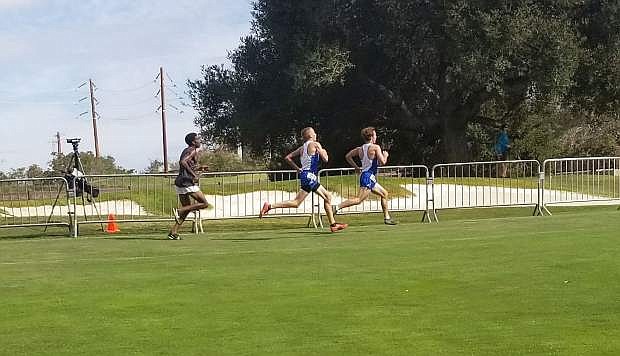 Zach Sever, left, and Hunter Rauh on their way to finishing at Stanford on Saturday.