CHS looking for some fight against Manogue 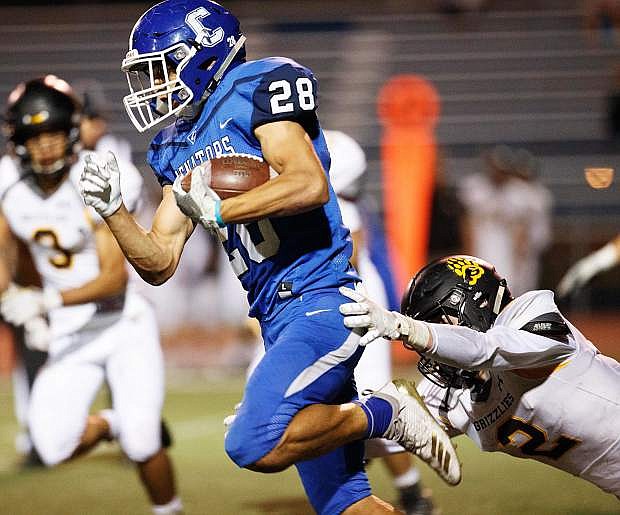 Carson&#039;s Chance Smith breaks one last tackle on his way to the end zone during their game against Galena High, Carson High School, Carson City, NV