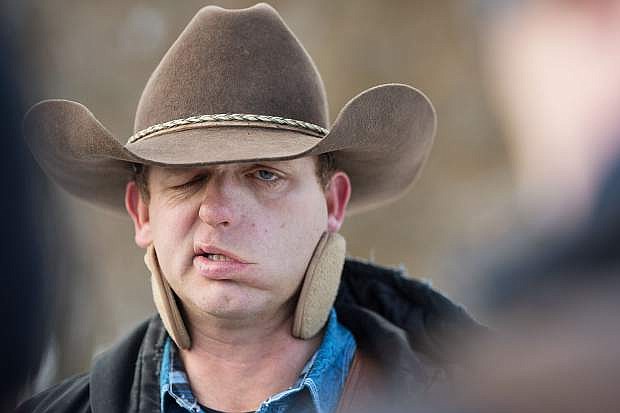 Ryan Bundy talks with media inside the Malheur Wildlife Refuge occupation on Jan. 6, 2016, in Burns Oregon. Bundy was protesting BLM land use rules in the western United States.