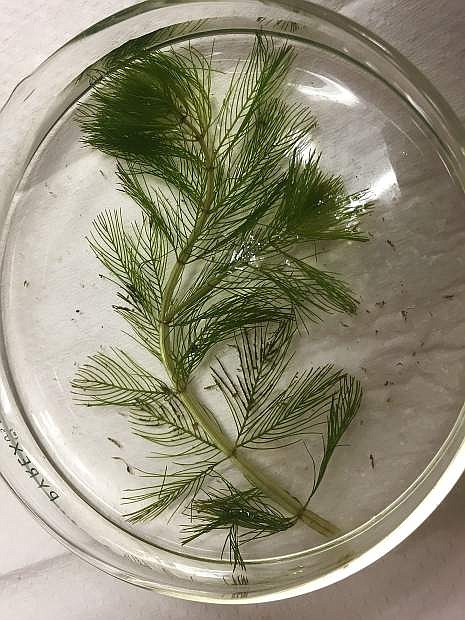 Eurasian watermilfoil was collected from the Mexican Ditch.