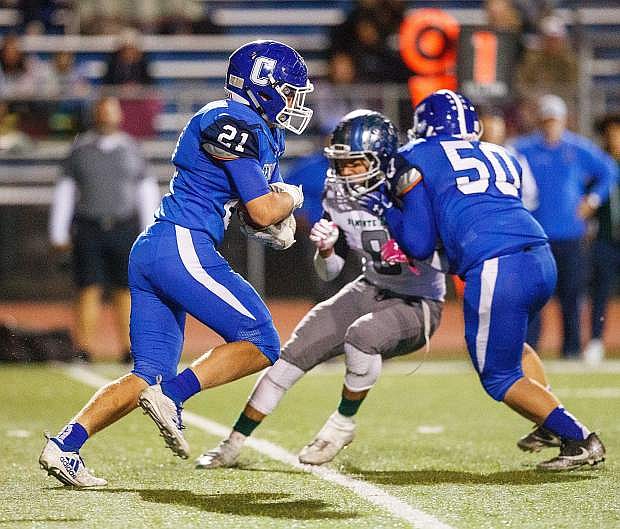 Bradley Maffei carries the ball through the line with a block from CJ Linkul during Friday&#039;s game against Damonte Ranch.