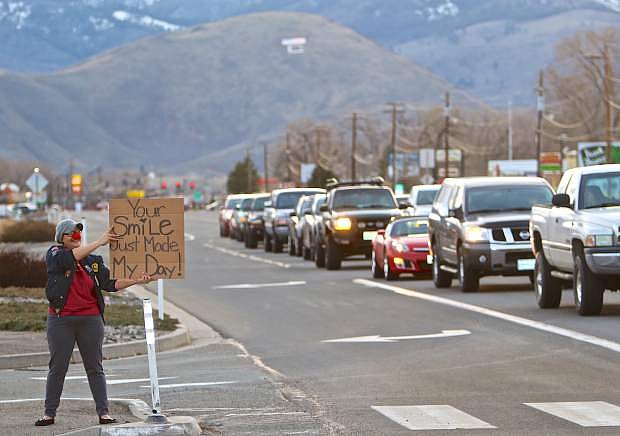 E.D. Crouser of Carson City flashes a homemade sign at drivers as they drive by the intersection of Highway 50 and Fairview Wednesday evening. When asked what motivates her to do what she&#039;s doing she simply stated &#039;because everybody smiles.&#039;