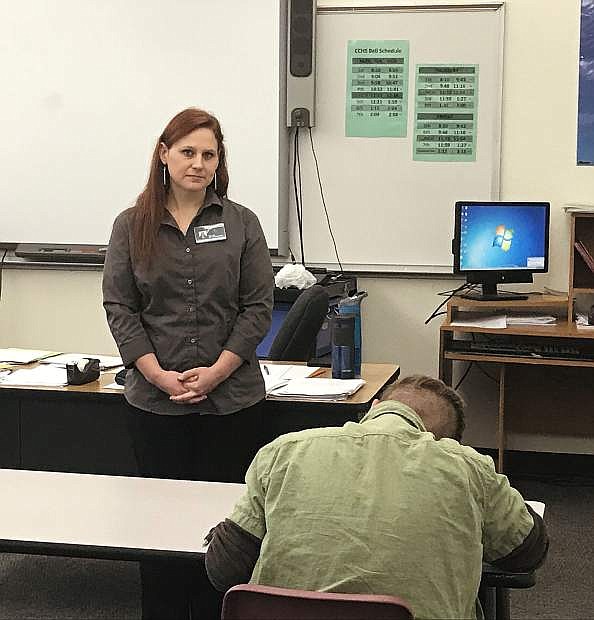 Justine Enochs is one of about 70 substitute teachers in the Churchill County School District.