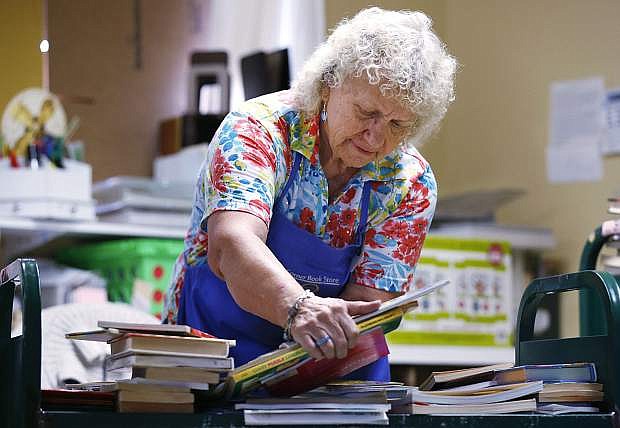 Browsers Corner Book Store manager Patti Ferguson, works in the store, in Carson City, Nev., on Thursday, Sept. 27, 2018. The bookstore is the primary revenue source of Friends of the Carson City Library, which raises money to help support programs at the library. Photo by Cathleen Allison/Nevada Momentum