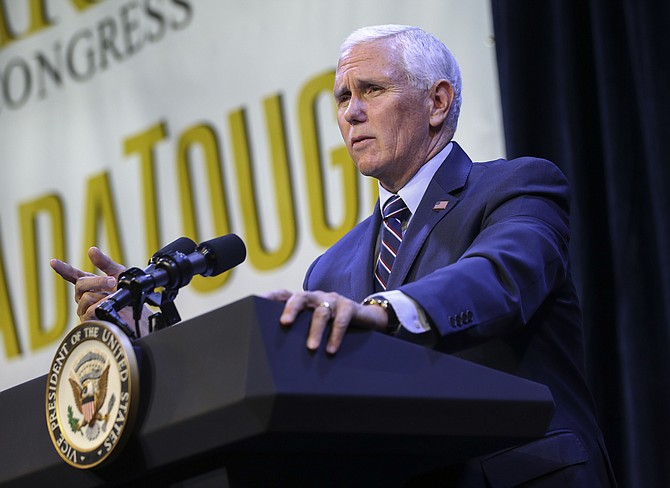 Vice President Mike Pence speaks in support of Cresent Hardy, Republican candidate for the 4th Congressional District, during a campaign event at the Sands Showroom in The Venetian in Las Vegas on Saturday, Oct. 27, 2018. (Chase Stevens/Las Vegas Review-Journal via AP)