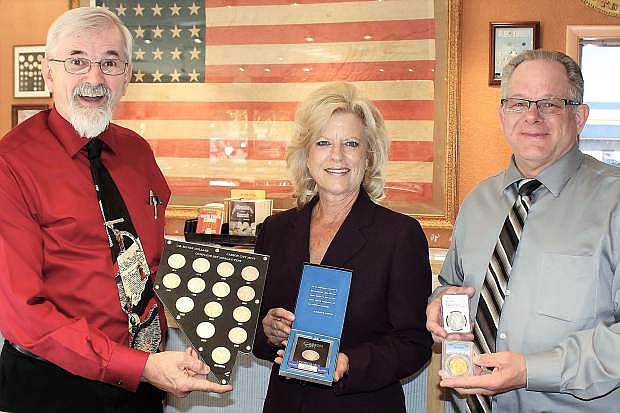 Michael Flanagan, Dorothy Tisdel and Mike Johnson show off the famous Morgan Silver Dollars minted in at the U.S. Mint in Carson City. They are employed at Northern Nevada Coin, 601 N. Carson Street, located right across the street from the Nevada State Museum which houses the former mint. Northern Nevada Coin has a large collection of uncirculated and circulated cc marked coins.