Visit to site where Jesus was baptized 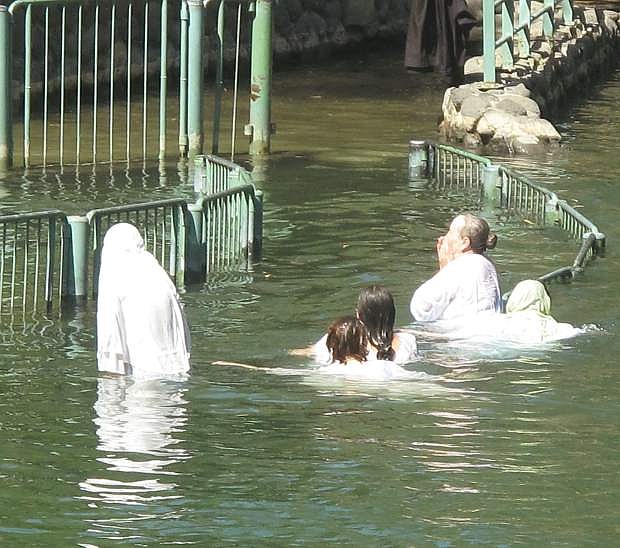 A groups of Russians being baptized in the Jordan River asked that their faces not be shown during the ceremony, and the photographer did his best to oblige.