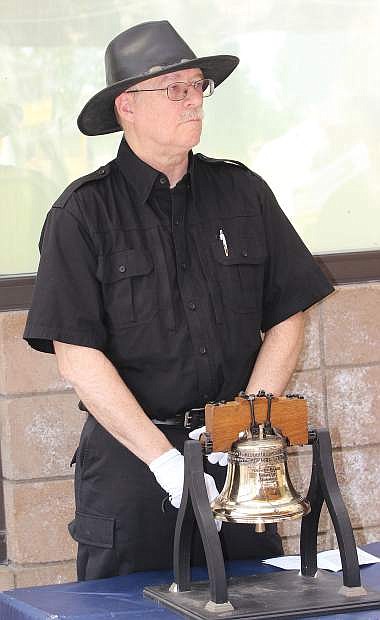 Avionics Technician 2 Jonathan Burnett tolls a miniature replica of the Liberty Bell during a military service at the Northern Nevada Veterans Memorial Cemetery in Fernley.