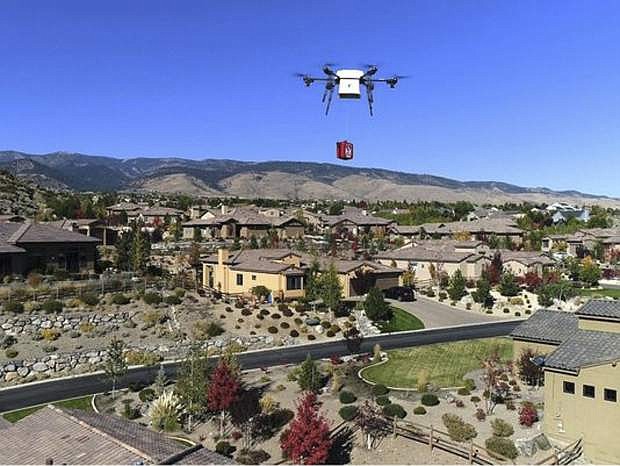 In this October 2017 photo, a Flirte delivery drone demonstrates the delivery of a defibrillator for cardiac arrest patients in Reno.