Heller on the election: ‘I’ll win’ 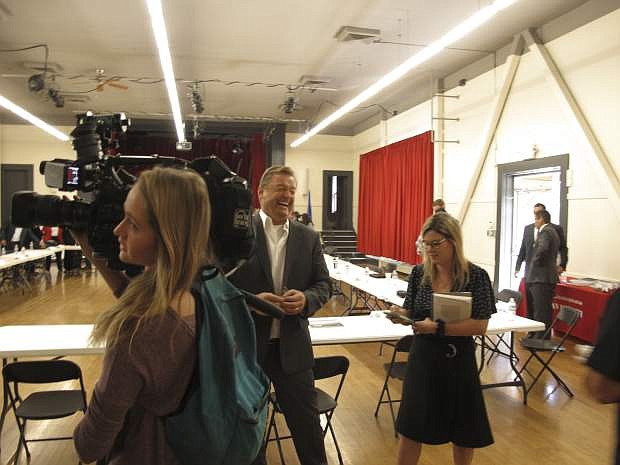 In this Sept. 14, 2018 photo, Sen. Dean Heller, R-Nev., laughs with an aide following a veterans roundtable in Reno, Nev. Heller is considered one of the most vulnerable GOP incumbents running in November in his race against Rep. Jacky Rosen, D-Nev. He&#039;s the only incumbent seeking re-election in a state that Democrat Hillary Clinton carried in her loss to President Donald Trump. (AP Photo/Scott Sonner)