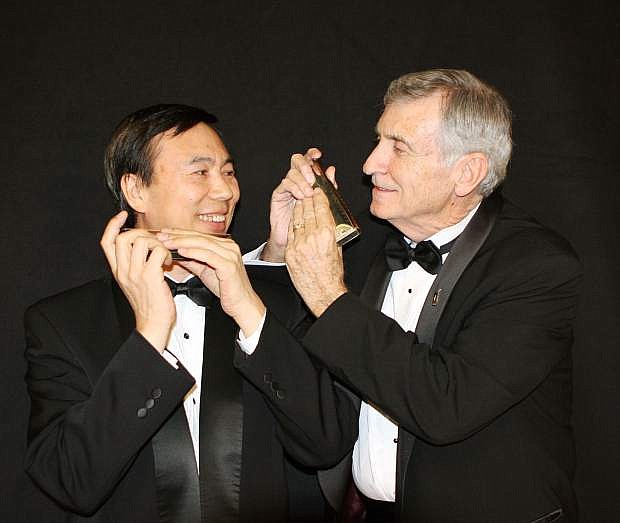 Harmonica virtuosos Jiayi He and Tom Stryker will perform as guest soloists with the Carson City Symphony on Oct. 21.