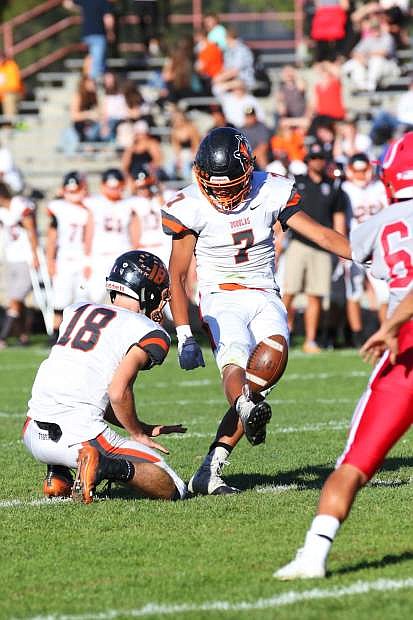 Kicker Chris Flores puts an extra point through the uprights for the Tigers Friday evening against Wooster.