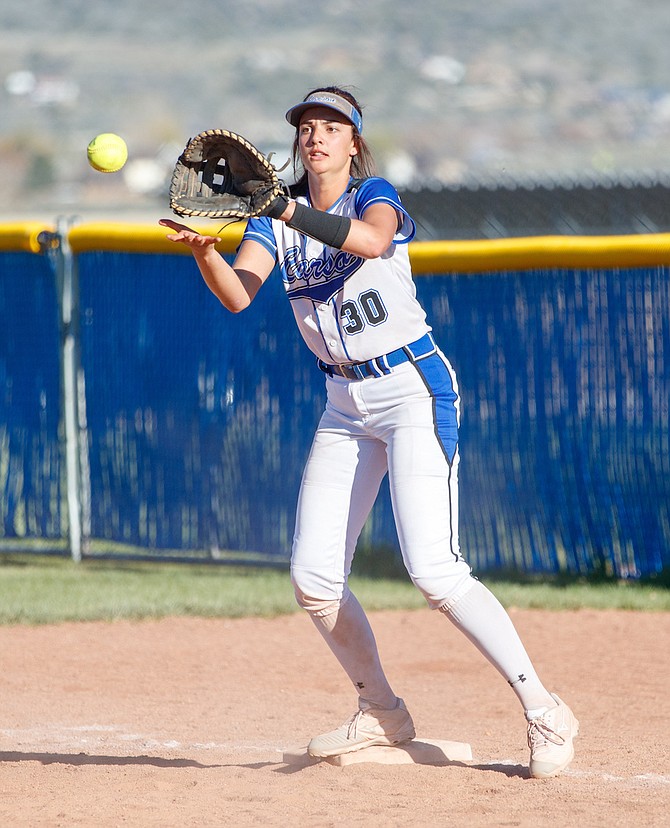 Carson High Senior Kassidy Cooley makes the last out of the top of the 8th inning during the game between Carson High and Spanish Springs High at Carson High School in Carson City, Nevada.