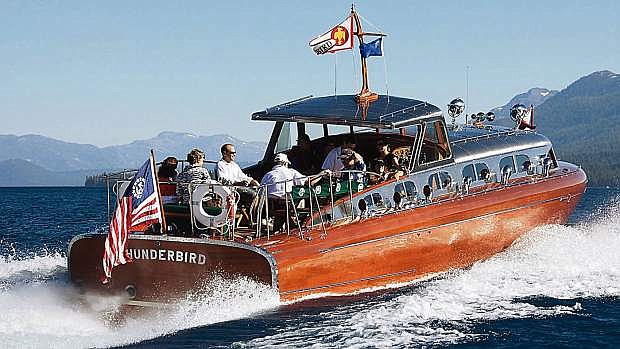 The Thunderbird roars across Lake Tahoe during a previous summer.