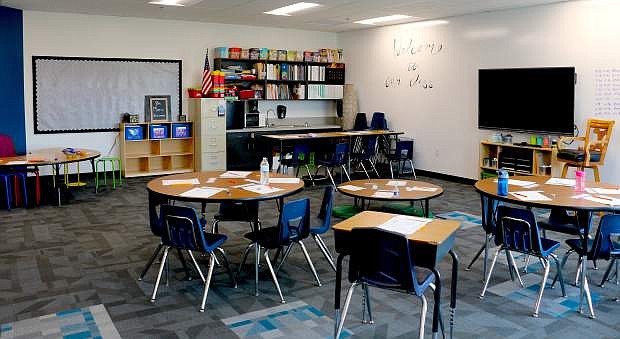 A Mark Twain Elementary School classroom awaits students during recess Monday on the first day of the 2019-20 school year. The school received about 13,000 square feet in additional space this summer with capital projects work that was completed and four portables were taken away from the campus.