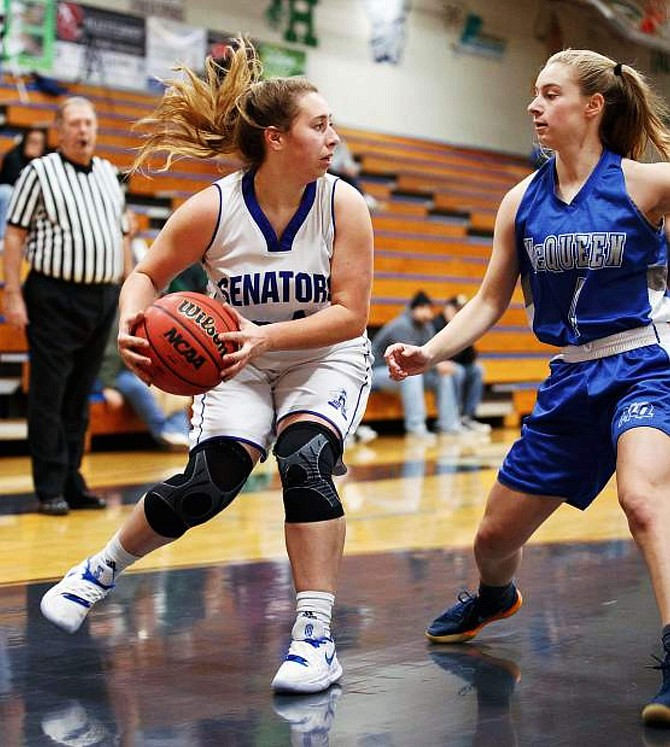 Bella Kordonowy stops underneather hoop during a contest against McQueen last season. Kordonowy averaged 9.4 points per game and 6.9 rebounds per game last season and will be expected to lead the Senators this season as a senior.