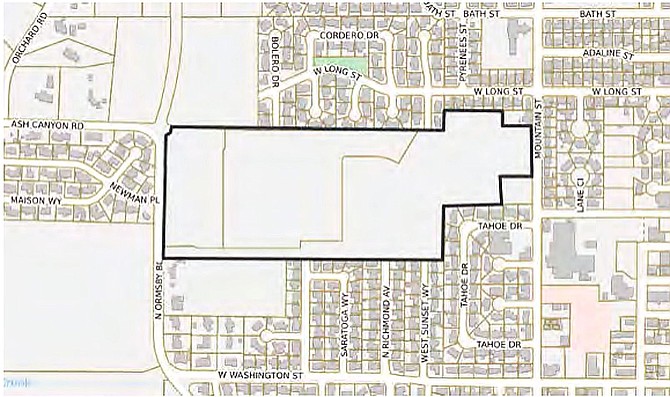 The area of proposed development.