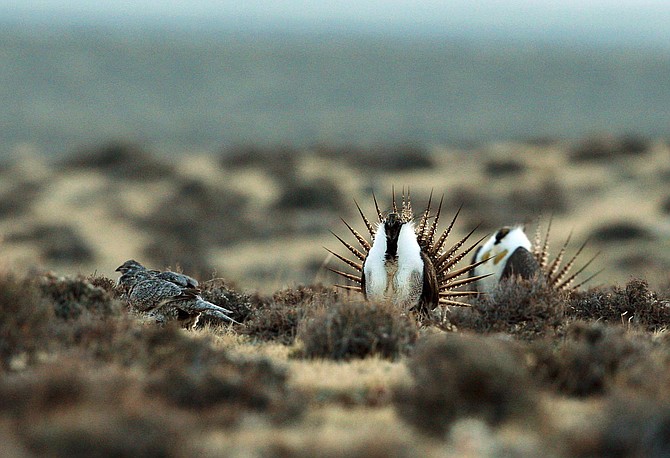 FILE - This April 10, 2014, file photo shows a male sage grouse trying to impress a group of hens, at left, near the base of the Rattlesnake Range in southwest Natrona County, Wyo. The Interior Department, Idaho and Wyoming are appealing a court ruling that halted a Trump administration plan to ease land-use restrictions in seven Western states that protect struggling sage grouse, according to the notices filed Monday, Dec. 16, 2019. (Alan Rogers /The Casper Star-Tribune via AP, File)