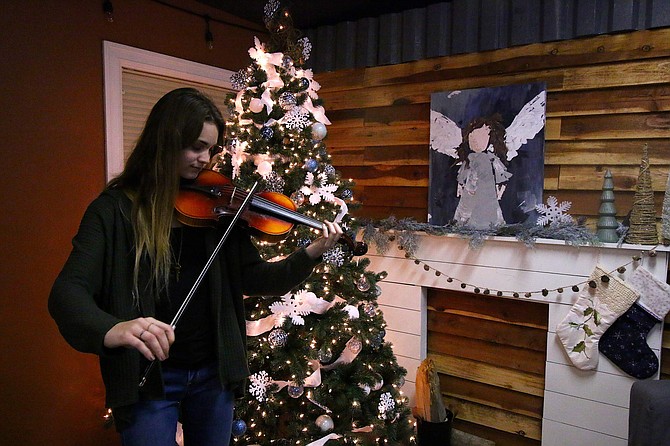 Claire Benson, 19, a University of Nevada, Reno student, plays the violin passed down to her by Carson City resident Sue Cook. The violin, which she inherited from her father, Arthur Tesmer, in 1981, is at least 110 years old. The instrument was restored after the new owners who purchased Cook&#039;s house suggested Benson as a possible recipient and as someone who has a heart for music.