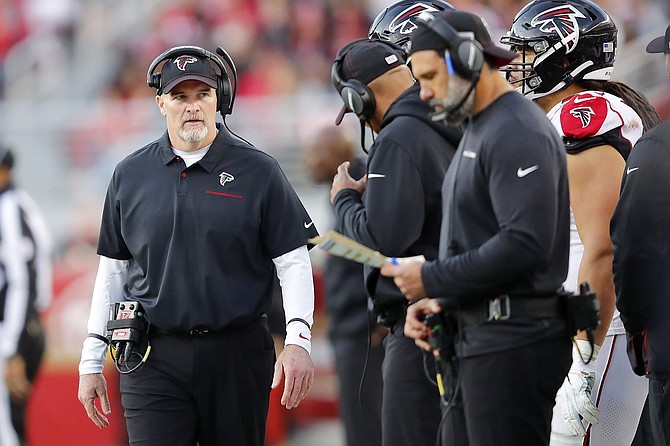 Atlanta Falcons head coach Dan Quinn walks on the sideline during the second half of an NFL football game against the San Francisco 49ers in Santa Clara, Calif., Sunday, Dec. 15, 2019. (AP Photo/John Hefti)