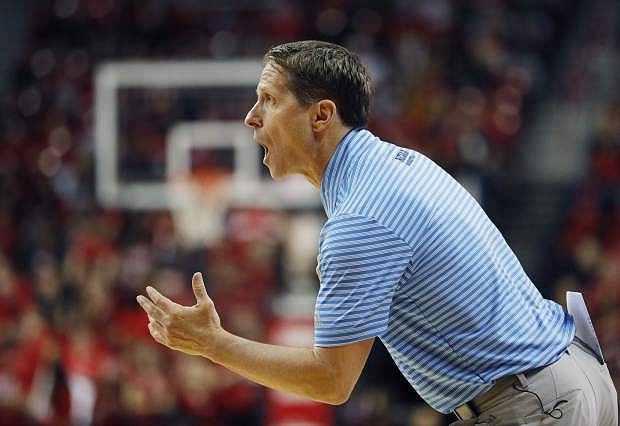 Nevada coach Eric Musselman yells during the second half of the Tuesday&#039;s game against UNLV.