Structural safety of University of Nevada, Reno dorms being assessed 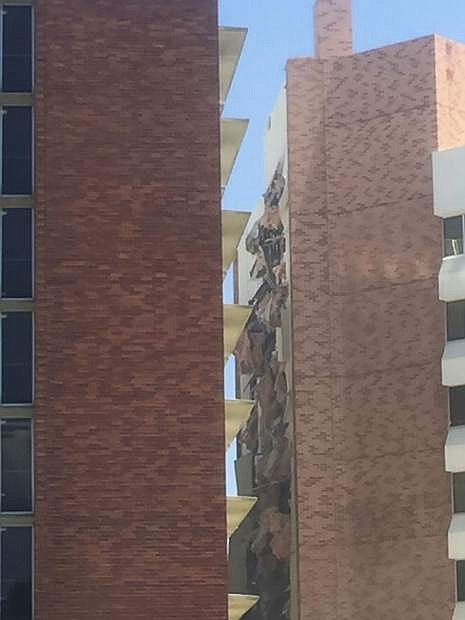 The aftermath of an explosion inside a residence hall at the University of Nevada, Reno in Reno, Nev., is visible on Friday, July 5, 2019. Police referred to the incident as a &quot;utilities accident.&quot; There were no immediate reports of injuries. (Raymond Floyd via The AP)