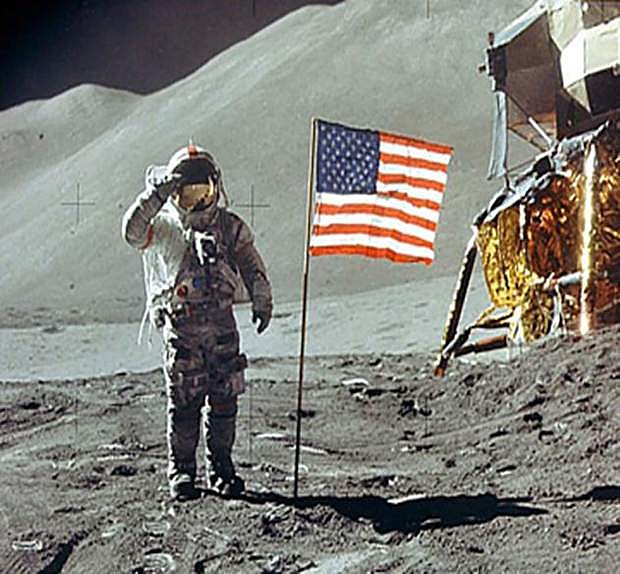 The American flag is planted on the surface of the moon by astronauts during the Apollo 11 space mission.