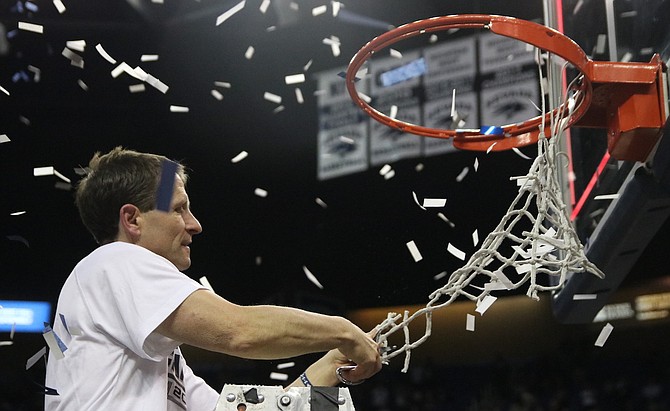 Wolf Pack coach Eric Musselman is the last person to cut the net after Nevada won a piece of the Mountain West Conference championship against San Diego State Saturday night.