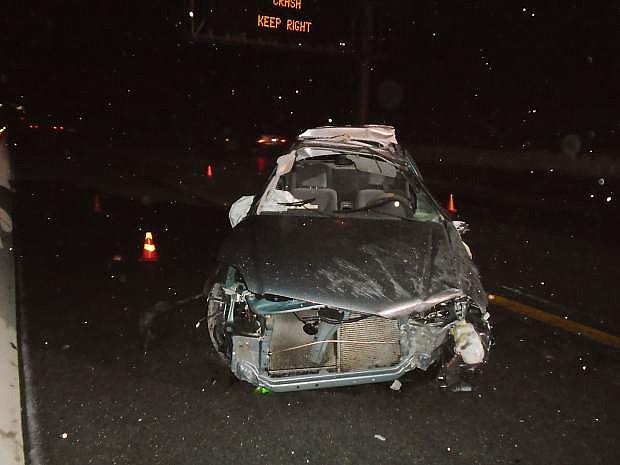 A Carson City resident was killed in a crash on Highway 580 early Friday morning.