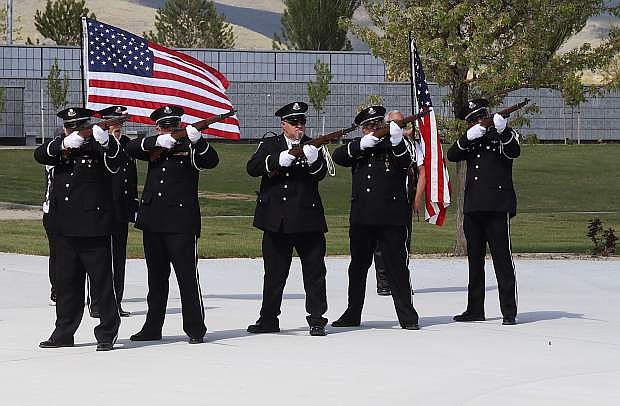 Members of the Nevada Veterans Coalition prepare to fire a 3-volley salute at military service for seven veterans.