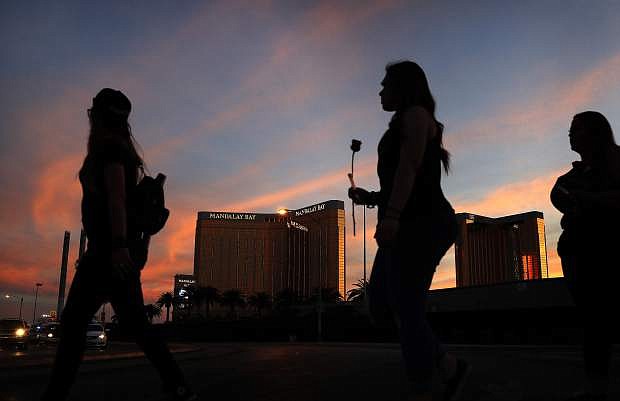 FILE - In this April 1, 2018, file photo, people carry flowers as they walk near the Mandalay Bay hotel and casino during a vigil for victims and survivors of a mass shooting in Las Vegas. Casino giant MGM Resorts is telling federal regulators it thinks it might pay up to $800 million to settle liability lawsuits stemming from the October 2017 mass shooting that became the deadliest in modern U.S. history. (AP Photo/John Locher, File)