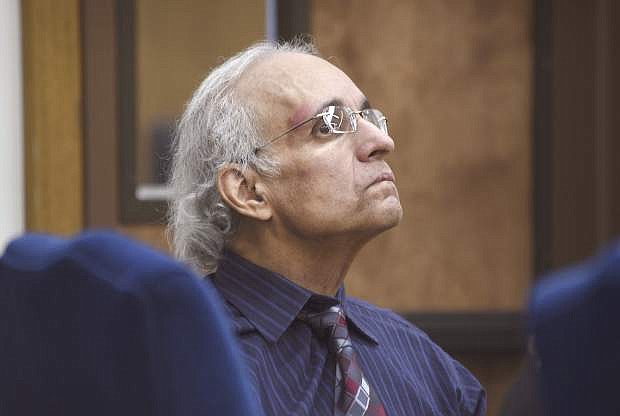 FILE - In this May 10, 2019 file photo Tracy Petrocelli, 67, a convicted murderer who has been on death row in Nevada for 34 years, listens to testimony during his re-sentencing hearing in Washoe District Court in Reno, Nev. A week-long re-sentencing hearing is nearing the end for Petrocelli. Closing arguments were scheduled in state court in Reno Thursday, May 16, 2019. (Jason Bean/The Reno Gazette-Journal via AP, Pool, File)