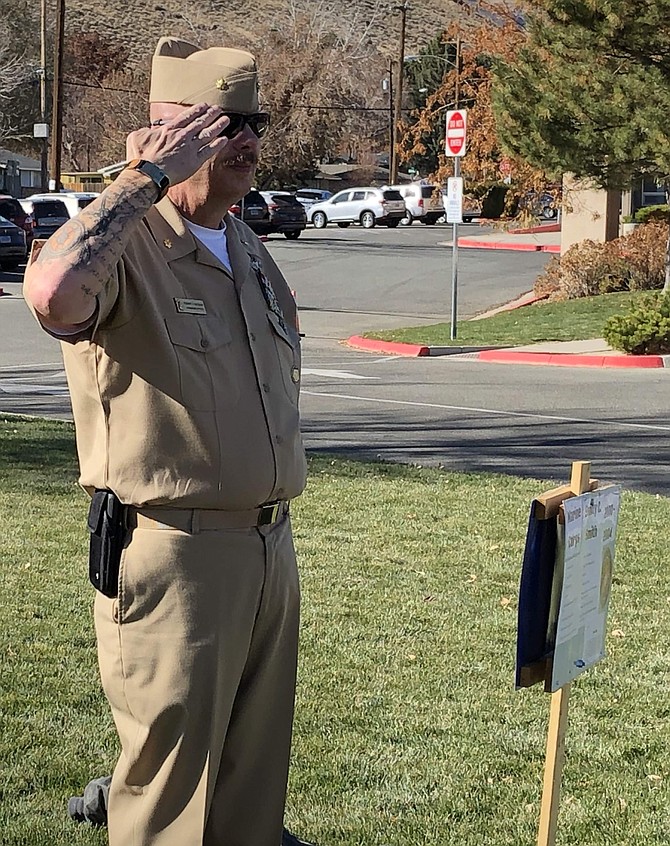 U.S. Naval Sea Cadet Corps Lt. Cdr. Robert Bledsaw, attending the Carson Middle School Veterans Day concert Thursday, salutes the stakeout and the veterans honored on the front lawn. Bledsaw has been involved in leading local youth programs in Carson City for a number of years, and he said he was moved by Carson&#039;s music program this week.