Marilyn Foster is at home anywhere in the world, by Ronni Hannaman 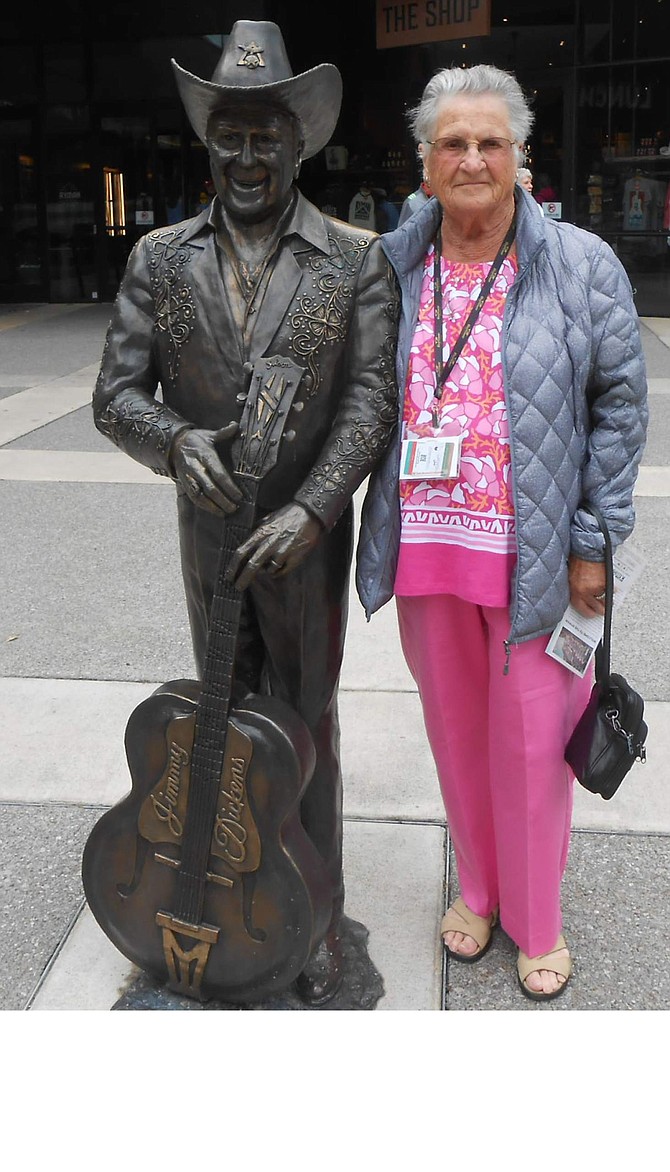 Marilyn poses with the statue of Little Jimmy Dickens outside the Grand Ole Opry in Nashville.