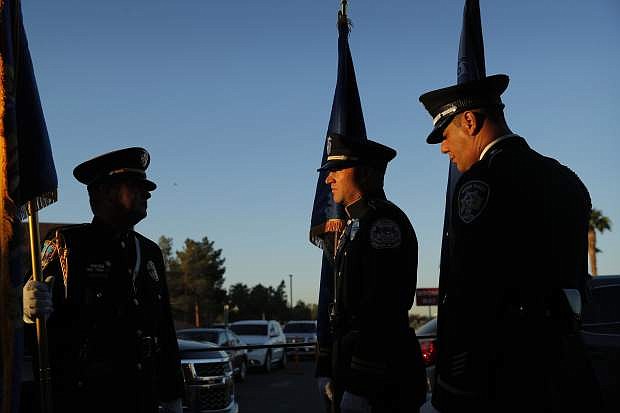 Members of a law enforcement color guard prepare to participate in a ceremony Tuesday, Oct. 1, 2019, on the anniversary of the mass shooting two years earlier in, Las Vegas. (AP Photo/John Locher)