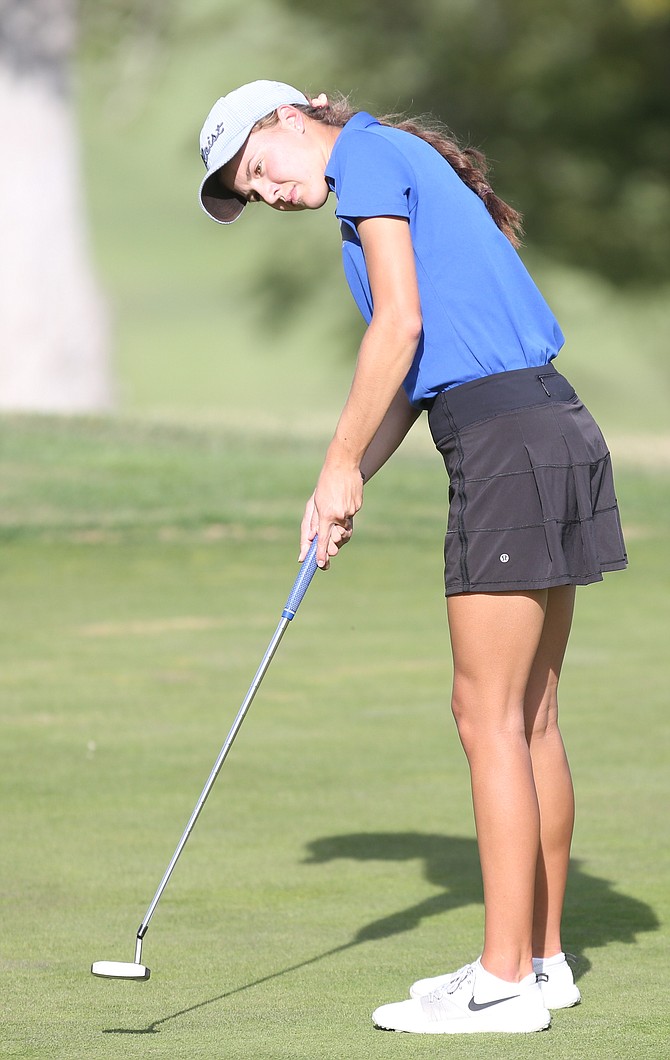 Carson&#039;s Karen Beglin putts for par on Hole No. 9 at Washoe County Golf Course Tuesday during the second day of the girls 4A Northern Regional golf tournament.