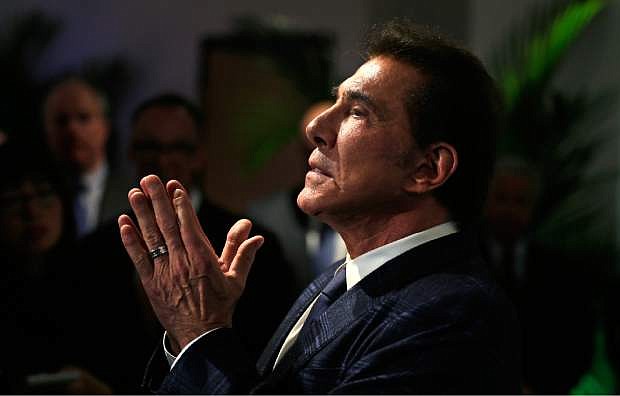 FILE - In this March 15, 2016, file photo, casino mogul Steve Wynn gestures listens during a news conference in Medford, Mass. Nevada&#039;s gambling regulators have filed a complaint against the former casino magnate that could bar him from ever working in the gaming industry in the state. The state&#039;s Gaming Control Board filed a complaint Monday, Oct. 14, 2019, listing sexual misconduct allegations that have been lodged against the mogul since January 2018. (AP Photo/Charles Krupa, File)