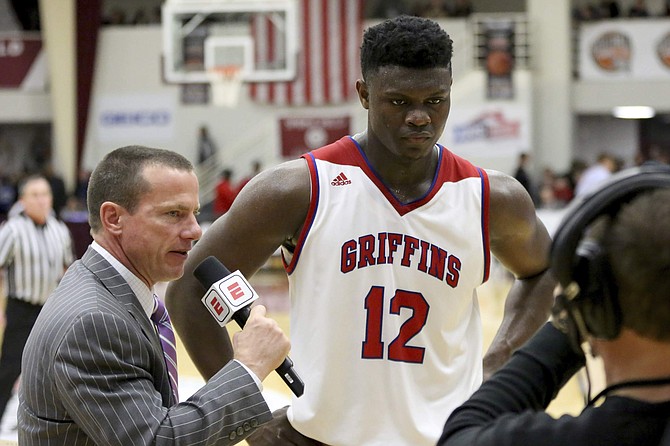 Then-Spartanburg Day&#039;s Zion Williamson is interviewed at halftime of a game against Chino Hills at the Hoophall Classic in Springfield, Mass., on Jan. 13, 2018. The NCAA has changed its college basketball calendar in an attempt to gain more control of the recruiting process and, hopefully, eliminate some of the shady elements from the sport.