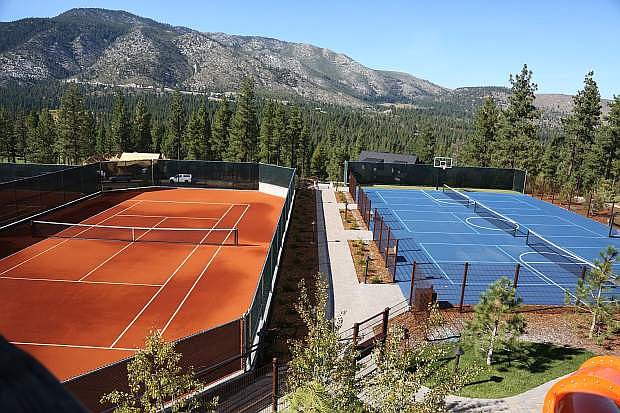 Along with the red clay tennis courts at Clear Creek Tahoe&#039;s summer camp, pickleball courts and pool access are right next door.