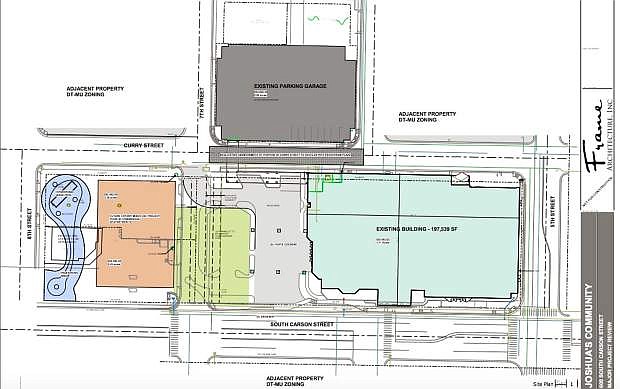 A blueprint of the purposed third floor of the Ormsby House.