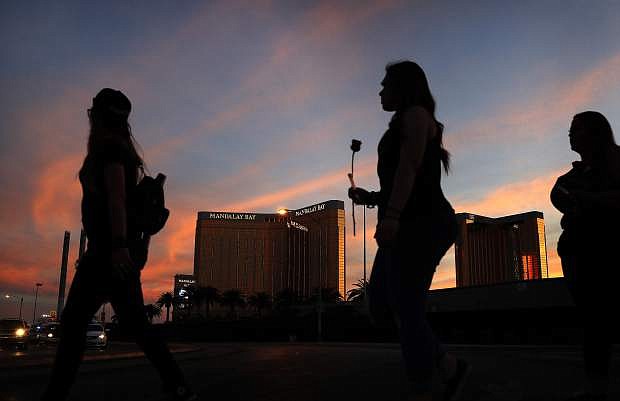 FILE - In this April 1, 2018, file photo, people carry flowers as they walk near the Mandalay Bay hotel and casino during a vigil for victims and survivors of a mass shooting in Las Vegas. In the two years since the deadliest mass shooting in modern U.S. history, the federal government and states have taken some action to tighten gun regulations. But advocates say they&#039;re frustrated more hasn&#039;t been done since the attack in Las Vegas killed 58 people on Oct. 1, 2017, and that mass shootings keep happening across the country. (AP Photo/John Locher, File)