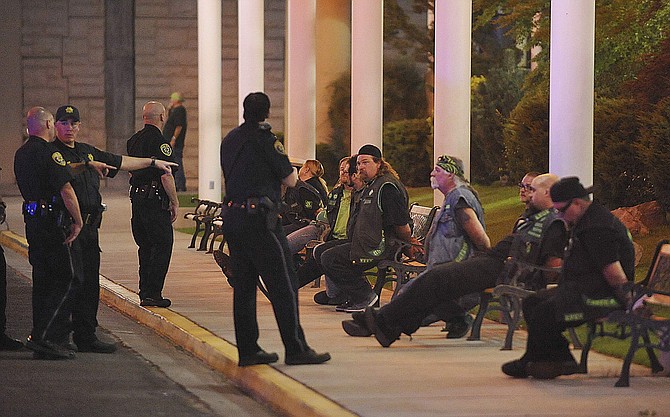 FILE - In this Sept. 23, 2011, file photo, police officers keep an eye on handcuffed men at the east entrance to John Ascuaga&#039;s Nugget hotel-casino after a shooting in Sparks, Nev. Federal prosecutors who failed to convict eight current and former Vagos biker gang members on criminal racketeering charges stemming from a deadly casino shootout in 2011 are asking a judge to dismiss charges against 11 other defendants in the case. (The Reno Gazette-Journal via AP, File)