ESPN and NFL Network will combine for NFL draft telecast 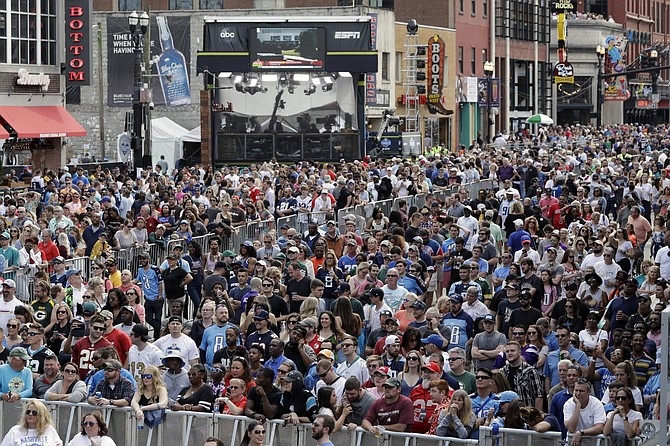 FILE - In this April 27, 2019, file photo, fans attend the final day of the NFL football draft in Nashville, Tenn. In a memo sent to the 32 teams Monday and obtained by The Associated Press, NFL Commissioner Roger Goodell outlined procedures for the April 23-25 draft. The guidelines include no group gatherings.