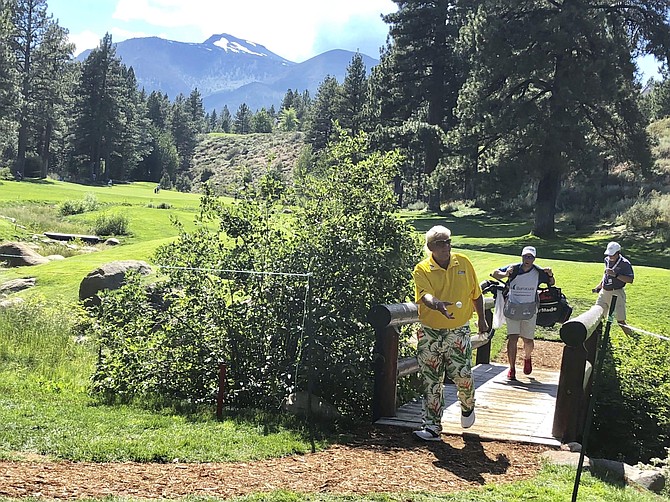 In this July 27, 2019, photo, John Daly tosses a golf ball to a fan after he walks off the 17th green at Montreux Golf &#038; Country Club on the edge of the Sierra between Reno and Lake Tahoe during the third round of the PGA Tour&#039;s Barracuda Championship. The tournament is searching for a new home after the club that hosted the event since it began in Reno in 1999 voted against extending an invitation to return in 2020. (AP Photo/Scott Sonner)