Junior livestock show reinvents itself: Show moves from the arena to a virtual auction 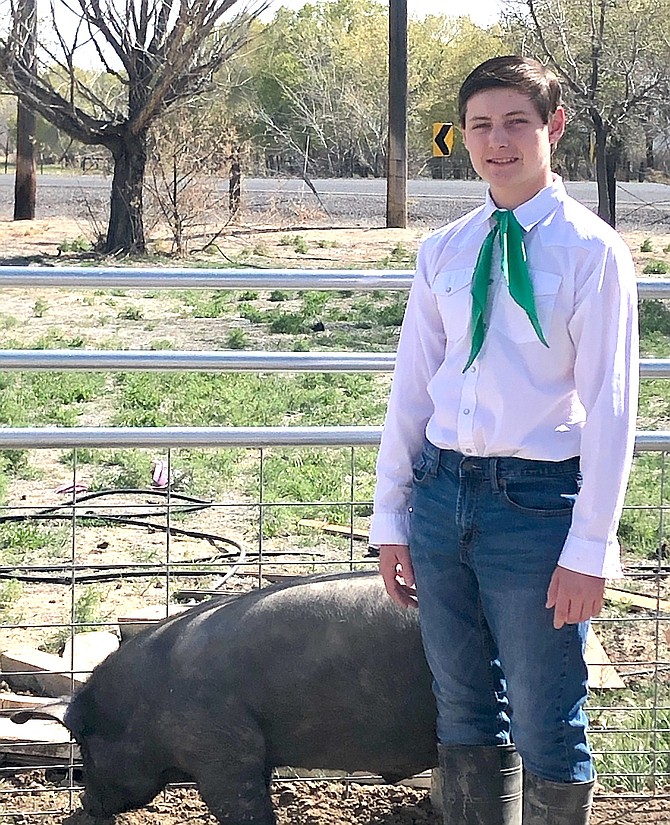 Royce Mills, 15, will show his hog Black Forest in a virtual Churchill County Junior Livestock Show and Sale this weekend.