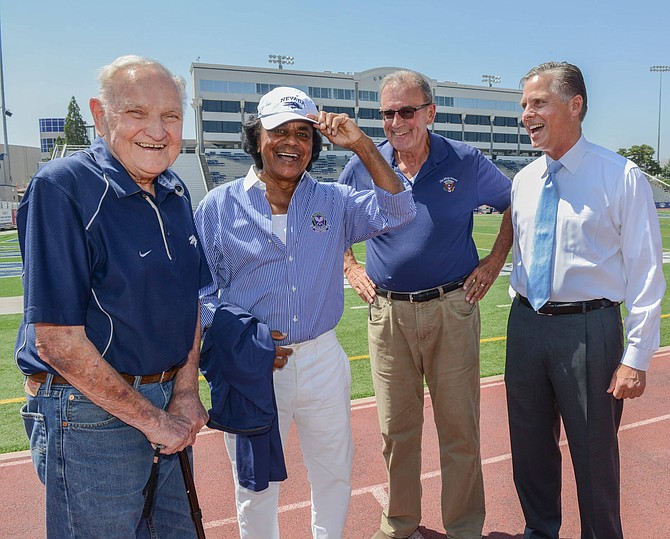 Entertainer Johnny Mathis laughs while donning a University of Nevada, Reno, cap during a gathering Saturday afternoon, August 22, 2015 at Mackay Stadium commemorating Mathis&#039;s record high jump while competing against UNR years ago. With Mathis are Dick Trachok, left, Ty Cobb and Greg Mosier, Dean of the College of Business. Photo by Tim Dunn