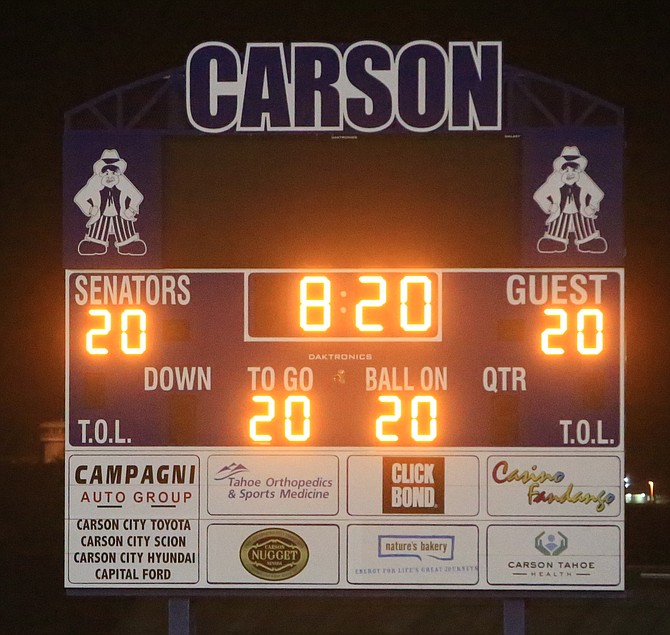 The Carson High football field, baseball field and scoreboard shine bright Saturday night as part of the nationwide #BeTheLight campaign. The campaign was designed to show support in honor of the class of 2020 seniors, faculty and as a way to bring a message of hope to communities across the country.