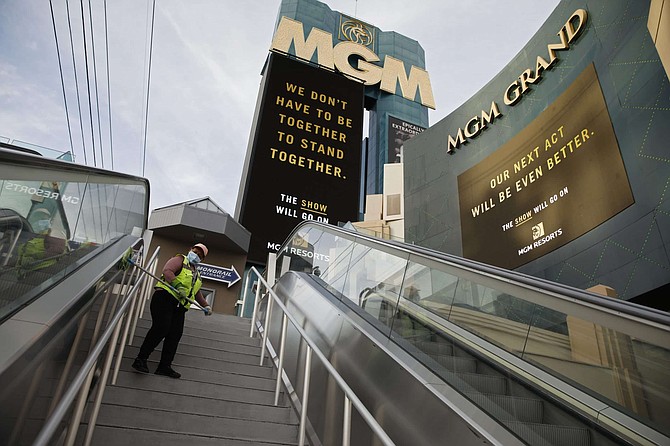 A worker cleans while wearing a face mask along the Las Vegas Strip devoid of the usual crowds after casinos and other business were shuttered due to the coronavirus outbreak Tuesday, March 31, 2020, in Las Vegas.